When the first tree disappeared, she didn’t notice. When ten had gone, he couldn’t get her away from the window.

“Daddy…” said Amy, pointing at — and eyes fixated on — the grove of trees at the far end of the yard behind the old farmhouse that had been in their family for generations.

For days that grove of trees had gotten smaller. And while she wasn’t sure what was happening, Amy could swear she just saw the earth gobble one of those trees right up, slurping it down like one might slurp a string of spaghetti.

“I said enough,” he roared.

Amy froze. She’d never heard her father raise his voice quite like that. But his face quickly softened when he saw the fear on his daughter’s face.

“You shouldn’t worry about such things,” he said, motioning for her to come over. She obliged, and he gently kissed her cheek. “Be a good girl, and go play in your room for a while.”

“But daddy…” she started again, before he held a finger to his lips to shush her.

“Why don’t you go play with your new dollhouse?”

Amy silently walked away as her father picked back up his newspaper and put his reading glasses back on. He might be willing to act like nothing was happening, but she couldn’t. And she wasn’t going to her room.

Amy quietly opened the front door and stepped out onto the porch. She tiptoed, so as not to let the wood’s tell-tale creaking betray her. Once she hit the grass, Amy bolted around the house for a view of the grove, being sure to stay low, below the windows so her father wouldn’t see her.

“Seven… eight… nine…” she counted the trees left on the property, stopping when she heard a distant rumble, like thunder but emanating from the ground below her feet.

Eight. There were now just eight trees left in the grove.

Amy didn’t know why, but she felt drawn to the trees. She wanted to protect them. But from what she didn’t know. She couldn’t resist trying to find out, and quickly cut across the yard until she was standing beneath one of the large evergreens.

She placed her hand on the tree as if she was feeling for a pulse.

“What happened to your friends?” she asked, not expecting the answer she was about to get.

The ground began to shake, knocking Amy off her feet. The tree in front of her began to jerk wildly back-and-forth as if someone was jiggling a loose tooth, trying to get it to finally fall out.

The cracking and tearing sounds coming from beneath her – the tree’s roots ripping apart – terrified Amy, but she couldn’t move.

Then the ground opened in front of her, and before she realized what was happening, the tree she hoped to save was gone, sucked below the surface, leaving a huge hole in its wake. Amy, still frozen, was left sitting on its edge. She screamed as the disturbed earth began to collapse in even more.

“I’ve got you,” said her father, scooping her into his arms and running towards the house as the ground, or whatever was below it, let out a deep satisfied groan.

Amy’s father set her down as soon as he got them safely in the house. She was crying.

“Trees,” was all Amy could mutter.

Amy didn’t leave her father’s side that night. And he didn’t try to send her to her room. They sat up watching cartoons until she fell asleep beside him on the couch, only woken once by the rumbling of another lost tree that night. She must have slept through the rest, as the grove was gone by morning.

Amy saw her father had already been hard at work, filling the holes in the grove. They spent the day planting new seedlings – the same kind of evergreen she’d played beneath for years, but barely bigger than twigs. She was still too afraid to ask her father why he had those seedlings waiting in the barn, knowing they’d need to replant the grove all along.

* This story was inspired by a writing prompt shared with me on Twitter (the first paragraph given to me as a starter to play with). 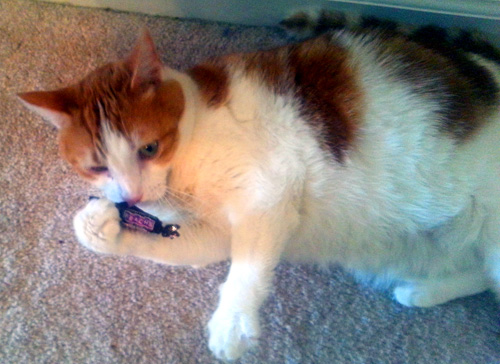 Beth inherited a cozy little cottage in a seaside village when her great aunt, Patty, passed away. That’s how the attorney described it at least. She hadn’t seen Aunt Patty for more than ten years when they both attended her parents’ funeral after a car accident.

It sounded like the perfect place to start over. Beth finalized a nasty divorce only a month ago, and she felt burnt out with her job on the anemic local police force. She needed to get away for a while.

Beth assumed her boss felt guilty for making her miss the funeral because it surprised her when he approved her request for time off. She took it as a sign, packed her bags, and drove north to New England, not stopping along the way despite the half a day’s drive.

“Cozy little cottage my ass,” Beth said as she pulled up to the property. It looked nothing like she imagined after talking to the lawyer. Shutters dangled on loose nails. The walls showed more exposed wood than paint. And overgrown hedges nearly blocked the path to the front door, which might have been a good thing because the gate on the picket fence had fallen off its hinges.

Beth couldn’t turn around and leave then, or she would have. She needed to rest after the long drive. I’ll just stay the night, she thought to herself. I’ll sort through some of Aunt Patty’s things tomorrow, and then I’ll go home.

The cottage’s interior rivaled what she saw outside. Floors creaked with every step. Much of the antique furniture sat in disrepair. She saw a puddle near one of the windows. No one thought to close it when her aunt’s body was taken away, despite it being the rainy season. Beth closed the window and rolled her luggage to the bedroom.

She turned on a lamp. I guess this is where Aunt Patty died, she thought. Just an observation, as Beth wasn’t easily creeped out. I might as well get started. The sooner I go through this stuff, the sooner I can leave and have it put on the market. She had no interest in making the fixer-upper a more permanent residence.

Beth started with the bedroom closet. She neatly folded Aunt Patty’s clothes, boxing them up for Goodwill. She came across some old family photos and other mementos from Aunt Patty’s, and her grandmother’s, childhood. I should hold onto these, she thought as she set them near her suitcase.

She went through the nightstand drawer next, finding some empty pill bottles but not much else. From the labels she could tell Aunt Patty suffered from a heart condition before her death.

By that point, several hours had passed and Beth felt drained. But the only thing left to go through in the bedroom was a secretary desk, so she pressed on.

The desk drawers overflowed with personal papers, from old letters to paid bills. Beth sorted them into two piles, things she could throw away and things she should keep for a while, like utility bills for accounts she would need to cancel.

As Beth began to close the secretary, another paper caught her eye, tucked tightly between the last mail slot and the edge of the desk. How did that get there? Beth wondered.

She removed the piece of paper and unfolded it. Her eyes widened as she read.

The paper contained her aunt’s handwritten will, signed by Aunt Patty and her lawyer just days before her death. But this will wasn’t the same one the lawyer showed her. It didn’t only leave her the cottage. It seemed Aunt Patty went on a casino trip with some of her church friends several months earlier, and she won big. Despite her modest surroundings, Aunt Patty was worth millions, and she left it all to Beth, her last living relative.

Beth took another look at the pill bottles in the nightstand drawer. A wave of sadness overcame her. Sadness, and anger. She unpacked her suitcase. She wouldn’t head home the next day. She would make herself cozy here after all. In the morning she would meet with her colleagues from the local police department. That, and she would confront Aunt Patty’s lawyer.